The birds start to prepare for their northward migration in the Autumn as they start to deposit layers of fat under their skin and increase body mass and complete their moult into breeding plumage. 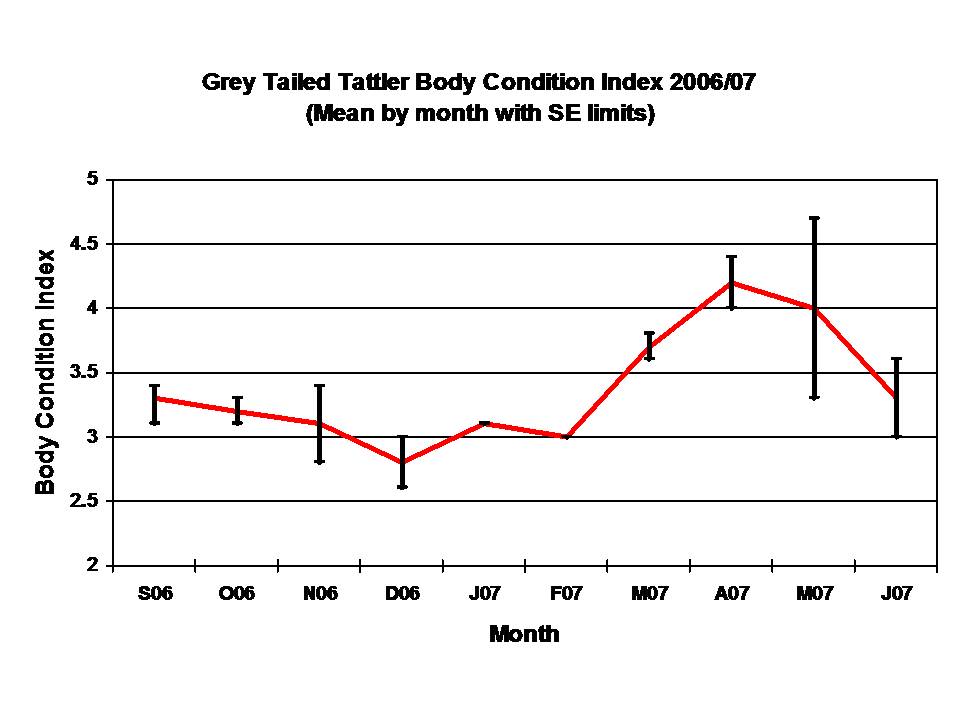 Birds start moving Northwards from March onwards and Moreton Bay sees peak numbers of birds occurring in March and early April, when our own summering birds are supplemented by more southerly birds passing through the site.

For birds leaving Australia, their first port of call on Northward migration is normally the Yellow Sea with internationally important staging areas, areas where birds gather and refuel as they migrate, in China, Korea and Japan and a number of other locations in that area. From here they continue North to their breeding grounds in the high Arctic with Australian birds breeding in primarily Eastern Siberia and Alaska.

Return migration follows a different route which is known to be more direct in many species. Recent work using satellite transmitters on Bar-tailed godwits for example has shown that they migrate North through China and Korea but return south direct to the Southern Hemisphere without stopping. For birds moving from breeding grounds in Alaska to New Zealand this represents a non stop direct flight across the Pacific of up to 11,000 km!

Migration routes even differ within a species, depending on their summering location in Australia. For example, Grey-tailed tattlers in Western Australia take a more westerly route staging in the Yellow Sea compared to Moreton Bay birds which stage in Japan and breed further East that their Western Australian counterparts.

Over time we will be putting links to species specific migration maps on the flyway maps page so that you can look at the intricacies and differences between migration routes yourselves.